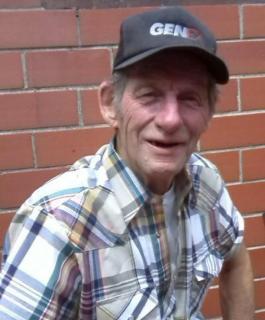 Funeral Services: Will be held on Thursday, February 11, 2016, at 2:00 p.m. at the Greenfield United Methodist Church with burial in the Greenfield Cemetery. Pastor Eric Schubert will officiate the service.

Open Visitation: Will be held on Wednesday at the Steen Funeral Home in Greenfield from 2:00 p.m. to 8:00 p.m.

Family Visitation: Will be held on Wednesday evening at the Steen Funeral Home in Greenfield from 6:00 p.m. to 8:00 p.m.

Memorials: May be directed to the Dean Beaman memorial fund to be established by the family at a later date.

Richard Dean Beaman was born April 16, 1935, on the family farm in the Port Union area Adair County, Iowa, the son of Harold and Elizabeth (Harsh) Beaman. He passed away on Sunday, February 7, 2016, at the Adair County Memorial Hospital in Greenfield, Iowa, at the age of 80.

Dean lived on various farms in the Greenfield area growing up. He graduated from Greenfield High School in 1953. He played baseball, basketball, football and was a lettermen and FFA member. On December 1, 1956, he was united in marriage to Roberta Lorenz in Des Moines, Iowa. To this union two sons were born: Gregory and Lonnie.

Dean managed the APCO service stations in Greenfield, IA and later in Humboldt, Iowa. In 1963 after purchasing a farm, they returned to Greenfield where they raised livestock, milked cows and planted row crop. Dean was an auctioneer and he owned the Orient Sale Co. He loved his cattle, played softball, enjoyed County Fairs, boating, camping, square dancing, socializing with friends and auctions.

He was preceded in death by his parents and step daughter, Terri Duitsman Shatava.

To order memorial trees or send flowers to the family in memory of Dean Beaman , please visit our flower store.
Send a Sympathy Card