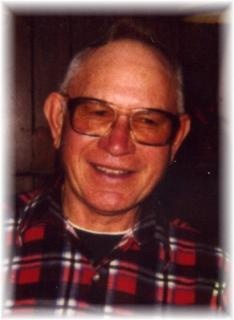 Funeral Services: Will be held on Tuesday, April 24, 2012, at 2:00 p.m. at the Steen Funeral Home in Greenfield with burial in the Fontanelle Cemetery. Full Military Graveside Rites by the Greenfield American Legion Head-Endres Post No. 265 and V.F.W. Post No. 5357.

Memorials: To the Dean Cooper memorial fund to be established by the family.

Dean Oran Cooper was born October 31, 1929 to Walter and Margaret (Glade) Cooper in Adair County, Iowa. He passed away Friday, April 20, 2012 at the Good Samaritan Society in Fontanelle, Iowa at the age of 82.

Dean grew up and attended country school north of Fontanelle. On August 20, 1950 he was united in marriage to Jean Hoskins in Shenandoah, Iowa.

Dean served his country in the U.S. Army in 1952 to 1953. He was stationed in Louisiana as a cook. After returning from service he farmed north of Fontanelle for many years and then retired and moved to Greenfield. He enjoyed wintering in Texas, gardening, fishing, flowers, cooking and made the best pies for the holidays.

He was preceded in death by his parents; sister, Ellen Husman; brother, Fred Cooper; and nephew, David Cooper.

He is survived by his brother, Leon Cooper and wife Sylvia of Greenfield; several nieces, nephews, other relatives and friends.

To order memorial trees or send flowers to the family in memory of Dean Cooper , please visit our flower store.