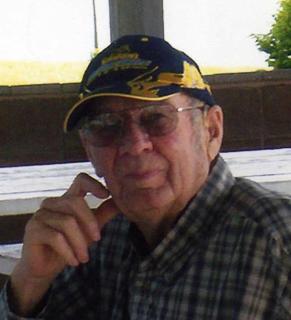 Funeral Services: Wednesday, March 9, 2011, at the Greenfield United Methodist Church at 11:00 a.m. with a luncheon immediately to follow at the church.

Open Visitation: Noon to 8:00 p.m. on Tuesday at the Steen Funeral Home in Greenfield.

Memorials: To the Dean Reeves Memorial Fund to be established by the family, in care of the Steen Funeral Home, P.O. Box 390, Greenfield, Iowa 50849

Dean Carl Reeves was born December 12, 1933, to Carl and Winnifred (Ford) Reeves in Adair County, Iowa. He passed away on Friday, March 4, 2011, at the Adair County Memorial Hospital in Greenfield at the age of 77.

Dean was raised on the family farm where he still lived. He graduated from Greenfield High School in 1951. On December 22, 1976, he was united in marriage to Patricia Huddleson in Reno, Nevada at his sister's home. To this union two children were born: Robert and Kay.

Dean worked for his uncle D.G. Reeves hauling hogs and farmed in his earlier years. In 1988 he went to work for Schildberg Construction driving a rock truck and retired in 2007. He enjoyed talking, driving, and playing with his grandchildren.

He was preceded in death by his parents; brothers, Earl and Dale Reeves and sister, Ruth Carline Reeves.

To order memorial trees or send flowers to the family in memory of Dean Reeves , please visit our flower store.
Send a Sympathy Card