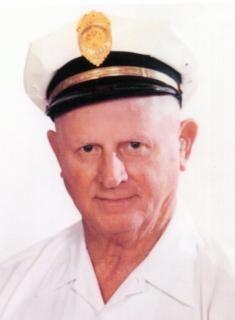 Funeral Services: Will be held on Thursday, December 21, 2017, at 11:00 a.m. at the United Methodist Church in Massena with burial in the Massena Center Cemetery at a later date with full military graveside rites by the Anita American Legion Post No. 210.

Family Visitation: The family will greet friends on Wednesday, December 20th, at the Steen Funeral Home in Massena from 6:00 p.m. to 9:00 p.m.

Memorials: May be directed to the Delmer McElfish memorial fund to be established by the family.

Delmer Clair McElfish was born September 7, 1926, the son of Lloyd (Polly) and Ruth (Olsen) McElfish in Victoria Township, Cass County, Iowa. He passed away on Saturday, December 16, 2017, at the VA Hospital in Omaha, Nebraska, at the age of 91.

Delmer attended all 12 years at Massena Public School, graduating in 1944. He enlisted in the United States Army in late 1944 doing two years of service in which 11 months was occupying Japan. After the service, he worked at Wagner Produce & Feed eight years, then worked for Cass county Secondary Road Department, completing 30 years in 1985. Delmer joined the Massena Fire Department in 1946 and served 25 years as chief.

On January 3, 1954, he was united in marriage to JoAnn Jensen in Lenox, Iowa. To this union three children were born: Randy, Rick and Debra. They lived all of their married life at 411 West Cedar in Massena. Delmer enjoyed collecting fire fighter memorabilia’s, traveling, dancing, spending time with his family and his 1930 Model A. He was a member of the Massena Volunteer Fire Department, Anita American Legion Post No. 210, AMVETS in Atlantic, Optimist Club in Greenfield and the Massena Historical Society.

He is survived by his two sons, Randy McElfish and wife Cindy of Wiota and Rick McElfish of Des Moines; daughter, Debra Gilbert and husband Jerry of Corning; five grandchildren; twelve great grandchildren; other relatives and friends.

To order memorial trees or send flowers to the family in memory of Delmer McElfish , please visit our flower store.