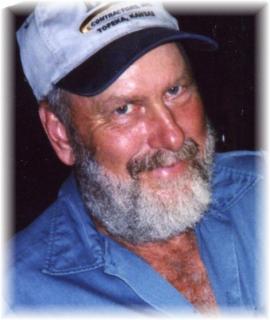 Funeral Services: Will be held on Monday, August 5, 2013 at 10:30 a.m. at the Orient United Methodist Church with burial in the Fontanelle Cemetery. Pastor Karen Berg will officiate the service.

Family Visitation: The family will greet friends on Sunday from 4 p.m. to 6 p.m. at the Steen Funeral Home in Greenfield.

Memorials: Memorials may be directed to the Dennis Eigenheer memorial fund to be established by the family at a later date.

Dennis (Ike) Lee Eigenheer was born July 31, 1955, the son of Kenneth Eugene and Sally Lou (Moss) Eigenheer at the Adair County Memorial Hospital in Greenfield, Iowa. He passed away August 1, 2013 at the Mercy Medical Center in Des Moines, Iowa at the age of 58.

Dennis grew up in the Orient-Macksburg area and graduated from Orient-Macksburg school. He lived most of his life in Orient. He worked for Neal Trucking, Adair County Secondary Roads, and for Cummins Construction.

On September 30, 2000 Dennis was united in marriage to Tammy Kae Christensen at the Avondale United Methodist Church. They made their home in Orient. He had two children, Mindy and Cody from a previous marriage.

Dennis enjoyed trap shooting, fishing, hunting, farming, trapping and hanging out with friends. He had served on the Orient Fire Department and was a member of the Orient United Methodist Church.

He was preceded in death by his father and mother, Kenneth and Sally Eigenheer and a niece, Stacey Thomas.

To order memorial trees or send flowers to the family in memory of Dennis Eigenheer , please visit our flower store.
Send a Sympathy Card