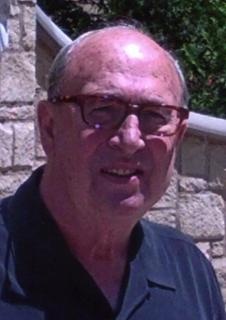 Funeral Mass: Will be held on Tuesday, November 3, 2015, 10:30 a.m. at the St. John’s Catholic Church in Greenfield with burial in the Greenfield Cemetery. Bishop Robert Gruss will officiate the mass.  A luncheon will follow the burial at the church.

Family Visitation: The family will greet friends on Monday evening November 2nd from 6 to 8 p.m. at the St. John’s Catholic Church in Greenfield.

Memorials: To the Denny Jensen memorial fund to be established by the family at a later date.

Denny grew up in Greenfield and graduated from Greenfield High School in 1962. He attended colleges in Iowa and Missouri. On February 5, 1966, he was united in marriage to Judy Gruss in the St. John’s Catholic Church in Greenfield. To this union two sons were born: Matthew and Michael. They lived in 13 locations and in October of 1996 they moved to Chicago, Illinois. He was a trainee to buyer for K-Mart Corporation for 30 years and was director of import and sourcing for Kolcraft Enterprises, Inc. for 15 years.

Denny was a voracious reader from newspapers to novels. He followed the Chicago Cubs and college football.

He was preceded in death by his parents, Ralph and Hazel Jensen.

To order memorial trees or send flowers to the family in memory of Dennis Jensen , please visit our flower store.