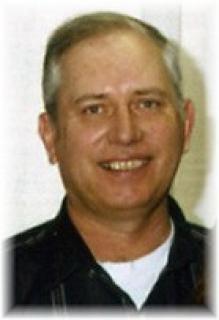 Funeral Services: Will be held on Saturday, May 26, 2012, at 2:00 p.m. at the United Methodist Church in Greenfield with burial in the Greenfield Cemetery with full military graveside rites by the Greenfield American Legion Head-Endres Post No. 265 and V.F.W. Post No. 5357.

Memorials: To the Richard Cooper memorial fund to be established by the family.

Richard Norval Cooper was born December 30, 1945 in rural Adair County to Mildred (Hepler) Cooper and Fred Samuel John Cooper.  Dick was the oldest of three children.  He attended Grove Township Country School through his elementary education and graduated from Greenfield High School with the Class of 1964. Throughout these early years Dick was a farm hand for Paul Steele and was a member of the 103D Support Brigade of the United States Army Reserve from 1965-1971.

On January 25, 1970 he was united in marriage to Peggy Jean Stewart at the Presbyterian Church in Ankeny.  They moved to Greenfield where they made their home for the next 28 years.  They divorced in March of 1998. Dick was employed as a truck driver for Schildberg's Construction for the next 41 years.  He passed away on May 21, 2012 following a truck accident on Highway 148 in Adams County.

Dick had a lifelong interest in outdoor activities and greatly enjoyed guns, old western movies, and collecting and restoring antique farm equipment.  His pursuit of historical information led to many great conversations.

Dick is survived by his children Amy Cooper, Johnston, IA;  Josh Cooper (and special friend Celeste Brighton), Des Moines, IA; brother Gary Cooper, Greenfield;  sister Sherry Cooper, Creston; Uncle Leon Cooper and wife Sylvia, Greenfield; many other relatives and friends, and very special friends Gene and Eldeen Stewart, Greenfield.  Dick is laid to rest beside his parents at the Greenfield Cemetery.  He will be greatly missed by all.

To order memorial trees or send flowers to the family in memory of Dick Cooper , please visit our flower store.
Send a Sympathy Card