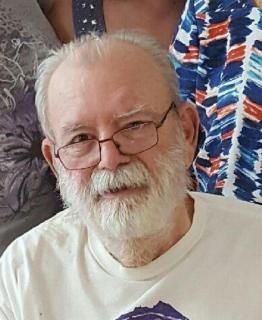 Funeral Services: Will be held on Saturday, September 10, 2016, at 10:30 a.m. at the Steen Funeral Home in Fontanelle with burial at the Fontanelle Cemetery. Full military graveside rites will be conducted by the Fontanelle American Legion Carlson Post No. 247. The Rev. Dr. Keith Schweitzer will officiate the service. A luncheon will be held at the Emmanuel Lutheran Church in Fontanelle following the committal services at the cemetery.

Family Visitation: Will be held on Friday evening from 6 to 8 p.m. at the Steen Funeral Home in Fontanelle.

Dick Newbury was born July 19, 1942, in Waukesha, Wisconsin, the son of Burrell and Gladys (Clark) Newbury. He passed away on Monday, September 5, 2016, at the Griswold Rehabilitation and Health Care Center in Griswold, Iowa, at the age of 74.

Dick was raised and attended school in Waukesha, Wisconsin. He enlisted in the United States Army in 1959, serving in Germany during the building of the wall. On June 26, 1965, he was united in marriage to Evelyn McKenzie in North Prairie, Wisconsin. To this union four children were born: Michelle, Renee, William and Theresa.

Dick was a member of the North Prairie United Methodist Church, Local 1377 IA of M, former volunteer fireman for North Prairie (serving as assistant fire chief), American Legion Community Post No. 375 in Mukwonago, Wisconsin and the Old Timers of Waukesha Engine. He worked for Dresser Inc. (formerly Waukesha Engine) as a machinist, welder and inspector for several years. He had lived in North Prairie, Wisconsin since his marriage and they moved to Fontanelle, Iowa, in May of 2016.

He was preceded in death by his parents and uncles, Dale and Merlyn Newbury.

To order memorial trees or send flowers to the family in memory of Dick Newbury , please visit our flower store.
Send a Sympathy Card