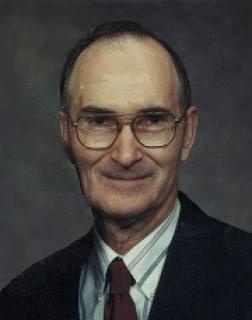 Celebration of Life Services: Will be held on Tuesday, September 4, 2018, at the Greenfield United Methodist Church at 1:30 p.m. with burial in the Greenfield Cemetery with full Military Graveside Rites By The Greenfield American Legion Head-Endres Post No. 265 and V.F.W. No. 5357. Pastor Eric Schubert will officiate the service.

Memorials: In lieu of flowers memorials may be directed to the Don Culver memorial fund to be established by the family at a later date.

Don Leo Culver first graced the world with his presence on September 27, 1930. He was born to Orace and Rosa (Starr) Culver in rural Greenfield. He passed away on August 29, 2018 at the Greenfield Rehabilitation and Health Care Center in Greenfield at the age of 87.

Following a country school education, he graduated from Greenfield High School in 1948. Via the draft, Don was chosen for the U.S. Marine Corps. After completion of basic ground training in San Diego, California, Pfc. Culver came back to Iowa on leave. During that brief stay, he married his sweetheart, Wilma Mae Keltner, on April 15, 1952. Later that week, the newlyweds left for his new assignment at Camp Pendleton in Oceanside, California. Later, he was stationed in Japan during the Korean War. He served in active duty for two years.

Don and Wilma made themselves a home on the farm. To this union, three children were born, Linda, Daryl and Karen. On occasional family vacations, favorite places to go would be visiting with his Marine Corps buddies across the country. Don and Wilma also enjoyed hosting them at their home. Those who were close to Don were touched by his sense of gratitude and tickled by his occasional one-liners. He was a humble, sweet, soft-spoken man. His love of the land is his legacy. He was faithful to whatever he committed to do. (“Semper Fi” as Don would say!)

Don was a lifetime farmer of corn, beans, hay, oats, cattle and hogs. He supported good conservation practices by serving on the ACS Committee for sixteen years. He was also a member of the Farmer’s Coop Board of Directors as well as the Adair County Extension Council. For three decades, he sold DeKalb seed corn.

To order memorial trees or send flowers to the family in memory of Don Culver , please visit our flower store.