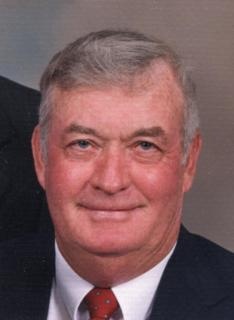 Mass of Christian Burial: Will be held on Thursday, October 21, 2021, at 2:00 p.m. at the St. John’s Catholic Church in Greenfield with burial in the Greenfield Cemetery. Masks are optional. Father Phillip Bempong will officiate the service.  The Steen Funeral Home of Greenfield is in charge of professional arrangements.

Luncheon: An Irish Wake and Luncheon will be held at the Bloodline Irish Pub in Greenfield following the services.

Memorials: May be directed to Don Dolan Memorial Fund to be established by the family at a later date.

Donald Francis Dolan passed away Saturday, October 16, 2021, at Mercy One in Des Moines of cardiac arrest.

Donald Francis Dolan was born September 26, 1934 at home on a farm south of Casey in Adair County. He was the first born son of Mart and Grace Miller Dolan. He attended Casey schools and graduated in 1952. He served two years in the U.S. Army, 18 months of which was spent in Germany. On returning home he met and married Delores I. Kluever October 17, 1959. They welcomed two children to their family, Deanna and Michael. Delores passed away January 26, 1984. Don later married Marilyn Wilson Bodtke December 21, 1988.

Don was active in community affairs including Greenfield Booster Club, was a past Farm Bureau member, and for over fifty years a member of St. John’s Catholic Church. He was one of the original founders of the 5X80 Country Club and was a 50-year member. He was also a member of the Greenfield Golf and Country Club for many years. In his younger years he was a long ball hitter and in later years a dead eye chipper.

His favorite past times included league bowling, fishing, hunting, golf and playing cards. He was a consummate bridge player and hard to beat. He enjoyed a good game of poker and truly had the poker face when it came to playing. He loved the New York Yankees and was a lifelong fan. In younger years he enjoyed playing fast pitch softball.

Don was a man of the soil and loved farming. He was proud to have his son, Mike, farming with him and in later years farming for him. He enjoyed nothing more than driving each day looking over the fields, checking the growth and looking for potential problems to be solved.

To order memorial trees or send flowers to the family in memory of Donald Dolan , please visit our flower store.