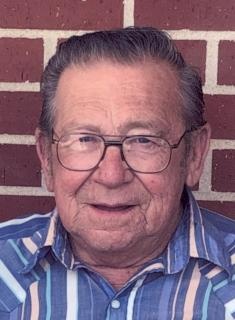 Funeral Services: Will be held on Tuesday, January 21, 2020, at 10:30 a.m. at the United Methodist Church in Massena with burial in the Massena Center Cemetery, Massena, Iowa with full military graveside rites by the Anita American Legion Post No. 210. A luncheon will be held at the church following services at the cemetery. Pastor James Hansen will officiate the service. The Steen Funeral Home in Massena is in charge of the professional arrangements.

Family Visitation: The family will greet friends on Monday evening at the Steen Funeral Home in Massena from 5:00 p.m. to 7:00 p.m.

Memorials: In lieu of flowers memorials may be directed to the Donnie Powell memorial fund to be established by the family at a later date.

Donnie graduated from Massena High School and in 1965 was united in marriage to Rebecca Porter. To this union came three girls: Carrie LaVonne, Tammie Jo and Misty Dawn. He started to work at a young age driving a semi, hauling livestock. He worked for Max Porter Construction operating large equipment and then as the City of Massena Maintenance Man. Donnie became a Cass County Deputy and worked as an officer for 25 years. Following his retirement from Law Enforcement he continued working in steel fabrication and at Pelgrow in Massena. His final job was with the 21st Century Co-Op. Donnie always worked hard and provided for his family.

One of his proudest accomplishments was serving on the Massena Fire Department for 46 years. He served, at times, as the Fire Chief and was also an EMT. He enjoyed working beside all of the volunteers and especially liked mentoring young members. He had a calling for helping others, never hesitating to run when the fire whistle blew or if someone needed help. Donnie served in the Army and helped found a food bank during the farm crisis of 1985. He was a great mechanic and you could often find him in the shop working on cars, tractors and lawn mowers; helping out his friends.

Donnie loved his girls and took every opportunity he could to spoil his grandkids. He enjoyed going to dances, listening to old country music, hunting, fishing and telling stories. He stayed busy helping friends get to appointments or dances if they needed rides.

He is preceded in death by his parents.

To order memorial trees or send flowers to the family in memory of Donald Powell , please visit our flower store.
Send a Sympathy Card