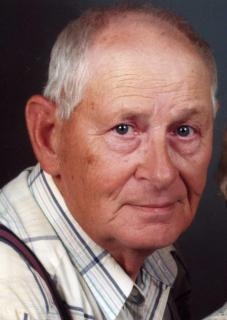 Donald Rivers passed away on Sunday, June 12, 2011, at the Iowa Methodist Medical Center in Des Moines.

Funeral Services: Saturday, June 18, 2011, at 11:00 a.m. at the United Methodist Church in Fontanelle with burial in the Fontanelle Cemetery with full military graveside rites by Fontanelle American Legion Carlson Post No. 247.

Family Visitation: Friday, June 17th, from 6 to 8 p.m. at the Steen Funeral Home in Fontanelle.

Memorials: To the Donald Rivers memorial fund to be established by the family.

Donald Richard Rivers was born on July 23, 1935, in Garden, Michigan, the son of James and Yvonne (Shorkey) Rivers. He passed away on Sunday, June 12, 2011, at the Iowa Methodist Medical Center in Des Moines, Iowa, at the age of 75.

At the age of 19 he enlisted in the U.S. Army. While he was stationed at Ellsworth AFB in Rapid City, South Dakota, he met Rosemary VanFleet. They were united in marriage on July 1, 1960. Two daughters were born, Keri and Kris.

Don served during the Korean War and Vietnam War. The family during these times moved often to different military bases in Texas. After serving 21 years in the Army, as a MP, he retired to Fontanelle. He then served as the police chief of Fontanelle for a few years. Then he started driving truck for Hanes Transport out of Greenfield who then was sold to Solar Transport and he drove truck for Solar until age 65 when he really "retired". His comment at that time was "I'm so glad I don't have to drive that semi one more winter". He spent his retired years camping, fishing, woodworking, and enjoying all of his grandkids and his beloved dog Ginger. He was very involved with the Fontanelle United Methodist Church. He enjoyed his bible study class.

He was preceded in death by his parents; wife, Rosemary in 2010; brothers-in-law, Donald Rinehart, John Luman and Kenneth Van Fleet.

To order memorial trees or send flowers to the family in memory of Donald Rivers , please visit our flower store.