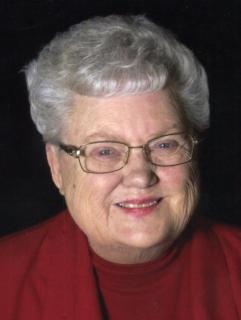 Funeral Services: Will be held on Saturday, December 23, 2017, at 1:00 p.m. at the Steen Funeral Home in Greenfield with burial in the Greenfield Cemetery at a later date. A luncheon will be held at the Orient United Methodist Church immediately following the services. Pastor Sandy Smith will officiate the service.

Family Visitation: The family will greet friends on Friday, December 22nd, from 5:00 p.m. to 7:00 p.m. at the Steen Funeral Home in Greenfield.

Memorials: Memorials may be directed to the Donna Haag memorial fund to be established by the family at a later date.

Donna Jean Haag was born February 10, 1935, the daughter of George and Maxine (Binns) Wilkie in Earlham, Iowa. She passed away on Tuesday, December 19, 2017, at the Greater Regional Hospice House in Creston, Iowa, at the age of 82.

Donna graduated from Menlo High School in Menlo, Iowa. She was united in marriage to Raymond Haag on April 5, 1957, in Des Moines, Iowa. To this union three children were born: Judy, Jim and Julie. They farmed near Orient their entire married life’s. Raymond passed away in 2007.

She was preceded in death by her parents and husband, Raymond Haag.

To order memorial trees or send flowers to the family in memory of Donna Haag , please visit our flower store.