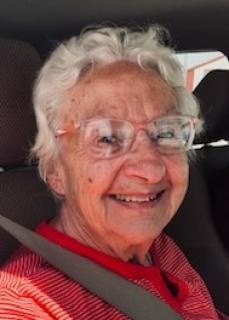 Memorials: Memorials may be directed the Donna Waters memorial fund to be established by the family at a later date.

Donna Sue (Shields) Waters was born September 24, 1940, in Omaha, Nebraska, the daughter of Warren and Norma (Wickey) Shields. She passed away on Friday, May 28, 2021, at the Caring Acres Nursing and Rehab Center in Anita, Iowa, at the age of 80.

Donna was raised in Massena and graduated high school in 1958. After high school she moved to Des Moines and worked there until her marriage to Kenny on June 10, 1961. They lived in Texas for three and a half years while Kenny was in the Air Force. They moved back to Massena where they raised their five children. Donna worked as a bookkeeper most of her life from Standard Oil to K-Mart and retiring from Houghton State Bank in Cumberland. After retiring she so enjoyed making quilts and doing crafts. She also was an avid gardener and loved all her flowers! Donna also loved to bake and pies were her cornerstone. She belonged to a bowling league in Atlantic for many years.

To order memorial trees or send flowers to the family in memory of Donna Waters , please visit our flower store.