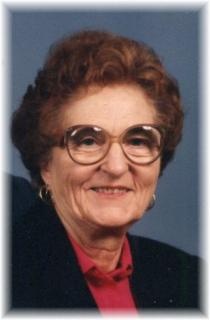 Dorothy E. (Pelham) Lindell died September 6, 2014 at her home in Waukee, Iowa at age 93. Dorothy was born August 23, 1921 to Bruce and Dagmar (Nissen) Pelham at their family home near DeWitt, Iowa. She graduated from DeWitt High School in 1938. She attended what is now the University of Northern Iowa before deciding to pursue a nursing career. She completed nurses training in 1945 at Methodist Hospital/Morningside College, Sioux City, Iowa. During her nurse training program, she was a member of the Nurse Cadet Corp, serving at Schick Army Hospital, Clinton, Iowa. After completing the requirements for her Registered Nurse credentials, she rejoined her parents, who had moved to Cotati, California, and began work at area hospitals.

Dorothy married Quentin Lindell on December 1, 1945 at Santa Rosa, California. Following Quentin’s discharge from the Navy, the couple initially lived in Veblen, South Dakota before relocating to Sebastopol, California where Dorothy worked at Palm Drive hospital. In 1951, they returned to Veblen where Dorothy continued working at local hospitals, and as a full time homemaker and mother.

After their retirement in 1983, Dorothy and Quentin moved to Ocean Springs, Mississippi. Following Hurricane Katrina (2005) they resettled in Waukee, Iowa.

Dorothy was a member of Our Savior’s Lutheran Church, Veblen, Christus Victor Lutheran, Ocean Springs and Grace Lutheran, Adel, Iowa. She was active with church adult groups, Sunday school, church youth activities, and other community organizations. Throughout the years Dorothy generously provided volunteer nursing services to many individuals in need.

She was preceded in death by her husband Quentin, her parents, and sisters Esther Kenney and Margaret Brown.

To order memorial trees or send flowers to the family in memory of Dorothy LIndell , please visit our flower store.
Send a Sympathy Card