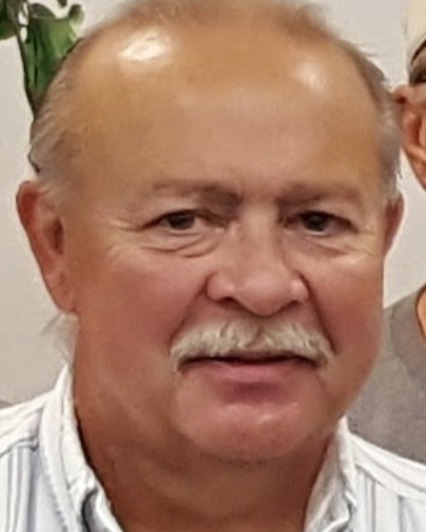 Join the Celebration of Life for Doug Christensen on Friday, December 16, 2022, from 5:00 p.m. to 8:00 p.m. at the Fontanelle United Methodist Church. The Lamb Funeral Home in Fontanelle is in charge of the professional arrangements.  Online condolences may be left to the family at www.lambfuneralhomes.com.

Memorials:  Memorials may be directed to the Douglas Christensen memorial fund to be established by the family at a later date.

Douglas Eugene Christensen was born on November 13, 1959, the son of Harold and Betty (Hager) Christensen in Greenfield, Iowa.  He passed away on Thursday, December 1, 2022, at his home in Fontanelle, Iowa, at the age of 63.
Doug was raised in Adair County and graduated from Greenfield High School with the class of 1979.  He worked as a CNA for the Good Samaritan Society in Fontanelle, Winterset Hospital and as a traveling CNA.  Doug retired in 2012 due to his health.
Doug served our country as a medical specialist from 1983-1989.  Doug enjoyed hiking with his dog, going to the lake swimming, fishing and collecting elephants and rocks.  Doug loved his children, Jason and Jennifer.  He always wished he lived closer to his grandchildren and great grandchildren, which he loved dearly.
In 1996, Doug met the love of his life, Carol Barrett, they enjoyed 26 years together.
He was preceded in death by his parents; infant sister; half-brother, Ron Christensen; half-sister, Sharon McClelland; numerous aunts and uncles.
He is survived by Carol Barrett; son, Jason (Brandy) Christensen; daughter, Jennifer Christensen; brothers, Dan (Kamma) of Fontanelle, Dale (Brenda) of Greenfield, Dennis Christensen of Creston and Daryl (Julie) of Bridgewater; half-brother, Merle (Laine) of Laquay, Missouri; step-sister, Deana (Stacey) Pitsenbarger of Rio Vista, CA; step-brother, Daniel (Kelly) Greenwalt of Des Moines; three grandchildren; two great grandchildren; numerous nieces, nephews, other relatives and friends.

To order memorial trees or send flowers to the family in memory of Doug Christensen, 63, of Fontanelle, please visit our flower store.