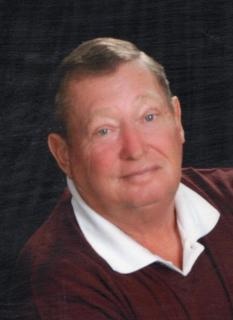 Funeral Services: Will be held on Thursday, August 2, 2018, at 10:30 a.m. at the St. Patrick’s Catholic Church in Massena with burial in the St. Mary’s Cemetery, rural Bridgewater. A luncheon will be held at the church following services. Father James Ahnenkora will officiate the service.

Family Visitation: The family will greet friends on Wednesday evening from 5:00 p.m. to 8:00 p.m. at the Steen Funeral Home in Massena.

Memorials: May be directed to the HCI Hospice of Osceola.

Doug grew up in Cass County and graduated from Cumberland-Massena High School. He attended Wayne State College in Wayne, Nebraska. On June 12, 1965, he was united in marriage to Karen Brawe in St. Timothy's Catholic Church-Reno. To this union five children were born: Michelle, Lisa, Scott, Dan and Justin. He farmed all of his life and raised Simmental cattle. He enjoyed golfing, hunting, fishing and razor riding in Arizona. For the last ten years he and Karen wintered in Arizona. He was a member of the Knights of Columbus, Simmental Association and he held several positions on the board at Crestwood Hills Golf Course in Anita.

He was preceded in death by his parents; sister, Mary Eblen; father and mother-in-law, Art and Fern Brawe.

To order memorial trees or send flowers to the family in memory of Doug Eblen , please visit our flower store.