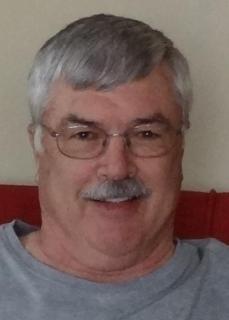 Public Graveside Services: Will be held on Saturday, July 11, 2020, at 10:00 a.m. at the Massena Center Cemetery in Massena. Pastor Casey Pelzer will officiate the service. Due to COVID-19, Social Distancing will be practiced and the family encourages you to bring a lawn chair to the graveside service.

Memorials: Memorials may be directed to the Doug Williams memorial fund to be established by the family at a later date.

Douglas Eugene Williams was born August 20, 1949, the son of Eugene “Lefty” and Mary Genevieve (Lyons) Williams born at the Bristow Manor Hotel. He passed on June 30, 2020, at the University of Nebraska Medical Center (UNMC) in Omaha, Nebraska, at the age of 70.

Doug graduated from C & M High School in 1967. After graduation, he was united in marriage on August 17, 1967, to Jean Joyce at the United Methodist Church in Atlantic. Doug was sent to Alexandria, Virginia for training to fight in Seoul, Korea. Upon returning from Korea, he worked for a time before joining the family business Lefty’s Pump & Plumbing. Today the business is still operated by Shane & Drew Williams.

Doug and Jean traveled whenever Doug would say “Want to go to Puerto Rico?”, Jean would reply “Sure do.” They were also very lucky to travel to Jamaica and many states, including Hawaii, with sons and daughters-in-law. Doug also traveled in December with all the grandchildren to the beach in Alabama where the days were spent on the beach and playing games of putt-putt golf.

He was preceded in death by his wife, Jean; his parents; and father and mother-in-law.

To order memorial trees or send flowers to the family in memory of Doug Williams , please visit our flower store.
Send a Sympathy Card