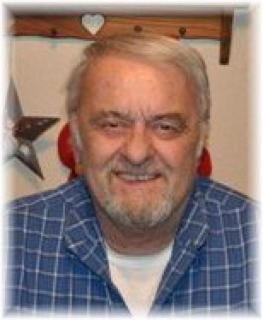 Memorial Services: Will be held on Monday, November 10, 2014, at 10:30 a.m. at the Immanuel Lutheran Church in Greenfield with burial in the Greenfield Cemetery. Full military graveside rites will be conducted by the Greenfield American Legion Head-Endres Post No. 265 and V.F.W. Post NO. 5357. Rev. Dr. Keith Schweitzer will officiate the service.

Family Visitation: The family will greet friends on Sunday from 4:00 to 6:00 p.m. at the Steen Funeral Home in Greenfield.

Memorials: In lieu of flowers memorials may be made to the Duane Harris memorial fund to be established by the family at a later date.

Duane Leroy Harris was born December 21, 1938, the son of Donald and Arlene (Weber) Harris in Prussia Township, Adair County, Iowa. He passed away on Wednesday, November 5, 2014, at his home in Greenfield, Iowa, at the age of 75.

Duane grew up in Greenfield and graduated from Greenfield High School in 1956. He served his country in the United States Army from January of 1957 to October of 1958. Duane worked for Schildberg's Construction Company while he was with the Reserves until 1963. He then moved to Greeley, Colorado and worked for Monfort Feedlots for many years. On December 15, 1963, he was united in marriage to Elaine Hughes. To this union two sons were born: David and Lynn.

Duane was an avid skier in his younger years. He enjoyed camping, fishing, and hunting. After retirement he developed an interest in computers and bird watching. He was also the family unofficial meteorologist and storm chaser.

He was preceded in death by his parents Donald and Arlene, and step mother, Hattie.

To order memorial trees or send flowers to the family in memory of Duane Harris , please visit our flower store.