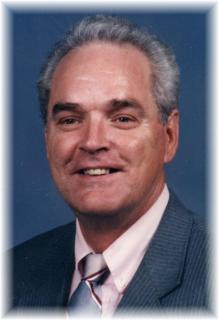 Funeral Services: Will be held on Saturday, May 2, 2015, at 1:30 p.m. at the United Methodist Church in Greenfield. Full military graveside rites will be conducted by the Greenfield American Legion Head-Endres Post No. 265 and V.F.W. Post No. 5357 at the Greenfield Cemetery. A luncheon will be held at the church following burial services. The Steen Funeral Home in Greenfield is in charge of the professional arrangements.

Family Visitation: The family will greet friends on Friday evening at the Steen Funeral Home in Greenfield from 6 to 8 p.m.

Memorials: Memorials may be directed to the Dwayne McClelland memorial fund to be established by the family at a later date.

Dwayne Arthur McClelland was born in rural Greenfield, Iowa on October 11, 1940 to Wilbur and Leila (Lyddon) McClelland. He passed away on April 25, 2015 peacefully with his family by his side at the Greenfield Rehabilitation and Health Care Center in Greenfield at the age of 74.

Dwayne grew up on the family farm north of Greenfield, attending school in a one-room school prior to graduating from Greenfield High School in 1959. After graduation, he volunteered and served seven years with the U.S. Army Reserve, including completing basic training at Fort Jackson, South Carolina.

On May 1, 1960, he was united in marriage to Priscilla Reha in Orient, Iowa. To this union a daughter Lori Jean and a son Steven Dwayne were born. They resided in Greenfield all their lives raising their children.

Dwayne initially worked for the Greenfield Elevator, prior to beginning a 31-year career with the United Telephone Company in 1964. He started as a lineman and with additional training and school he advanced to a switchman. After retiring from the telephone company in 1995, he worked for Cardinal Insulated Glass for eight years before retiring for good in 2003.

Throughout his life, he loved collecting things, including rocks, Hot Wheels toy cars, coins, telephone insulators, Hesston belt buckles, Avon decorative bottles, matchbooks and pens and pencils. After retiring, he and Priscilla enjoyed vacations and cruises, as well as spending winters in Mesa, Arizona. Most of all he loved his family, especially his four grandsons. He enjoyed family vacations, watching his grandsons sporting events and other family gatherings.

Dwayne was a long time member of the Greenfield Methodist Church, where he served on many church committees. He also served on the Greenfield Volunteer Fire Department for thirty years, including two terms as fire chief.

He was preceded in death by his parents and two brothers, Gene and Dick.

To order memorial trees or send flowers to the family in memory of Dwayne McClelland , please visit our flower store.
Send a Sympathy Card