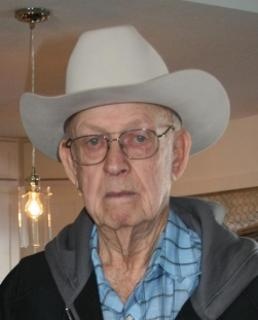 Funeral Services: Will be held on Wednesday, July 26, 2017, at 10:30 a.m. at the Orient United Methodist Church with burial in the Hill of Zion Cemetery, Rural Orient. Mr. Phil Price will officiate the service. A luncheon will be held at the church following the committal services at the cemetery.

Memorials: Memorials may be made to the Earl Vandewater memorial fund to be established by the family at a later date.

He attended school in Orient. On August 25, 1947, he married Colleen Matthews at the Methodist Church parsonage in Creston, with Glen Capps and Shirley Antisdel as witnesses. After their marriage, they settled on a farm west of Orient where they lived for many years. Two children were born to this union, Rosalie and Eldon. Earl and Colleen moved to Orient in 1985. Earl was a long-time member of Eastern Star and the Masonic Lodge. In 2008 he received his 50-year Mason’s Member Pin and Certificate. He served as a Rainbow Dad for many years.

While Eldon and Rosalie were at home, the family was active in 4-H. Earl helped Eldon with showing Herford cattle and ponies. In 2002 Earl and Colleen served as Grand Marshals of Orient Pumpkin Days. For many years they drove ponies and a wagon in many local fairs and parades. After they moved to Orient he developed an interest in birds, and many varieties found their way to the “bird house”.

Earl enjoyed following his grandchildren as they grew up. Whether in school, travelling, or as they started their own families, he kept track of them. He was so very proud of their accomplishments. He found great joy in being around the great grandchildren. After Colleen passed away after 68 years of marriage, he made sure the family pictures on the side of the refrigerator were kept in order.

Earl liked to tell the story as a young boy of cracking and eating walnuts with his Grandpa Albert Vandewater on rainy days. He also helped his Grandpa strip bluegrass. In early years he sheared sheep with his dad, Harlan. It was hard work, not only because of the shearing, but because the wool needed to be bundled and tied. Much of his working life was spent farming row crops and raising livestock. For a few years he owned a leather shop in Orient and made many specialty leather items.

He was preceded in death by his parents, wife, Colleen in May of 2016, son, Eldon Lee Vandewater in 2009, and granddaughter Christina Vandewater, who died in infancy. Also preceding him in death were sisters and their husbands, Eva Clark (Cecil), Ethel Capps (Glen), Lucille Lundy (Virgil), an infant brother, Willard, and his only niece, Shirley Clark Sevier.

According to a close friend, Earl had a silent smile; he expressed himself in a quiet way, all the time enjoying the stories and activities around him. He chose his words carefully, and when he said something. . . he meant it with conviction. He will be missed.

To order memorial trees or send flowers to the family in memory of Earl Vandewater , please visit our flower store.