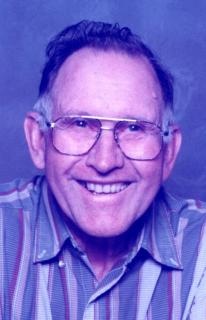 Funeral Services: Will be held on Tuesday, February 18, 2020, at 10:00 a.m. at the First Presbyterian Church in Dexter with burial in the Dexter Cemetery. Full military graveside rites will be conducted by Stuart American Legion Post No. 146. A luncheon will be held at the church following the services at the cemetery. Pastor David Kincaide will officiate the service.

Memorials: Memorials may be made to the Earnie Kopaska memorial fund to be established by the family.

Earnest Arthur Kopaska was born on June 2nd, 1927, the son of Ralph Frank and Clara Alice (Shank) Kopaska of Guthrie Center. He passed away on Friday, February 14th, 2020 at Mercy Medical Center in Des Moines at the age of 92.

Earnie grew up on a farm and attended Country School in Guthrie County near Spring Brook. He served his country in WWII by going to Saipan and returned to Redfield to complete high school. Earnie worked for John Deere in Ankeny making cultivator sweeps and other fabrication. He was united in Marriage to Dorothy Darlene Heckman on June 17, 1951 at the Presbyterian Church of Dexter where they became members.

In 1952, Earnest was laid off from John Deere; he was then encouraged by his father, father in-law, and grandparents to start farming. The family moved to the Homestead south of Dexter in 1960, where he farmed ever since. During the tough times, Earnie bought a tilling machine and tried to dry up the wet spots. He even helped some of the other farmers dry up some of their wet areas. He was a wonderful farming mentor for his children.

Earnest enjoyed golfing, bowling, dancing, and playing cards. In his later years, he would spend winters in Arizona enjoying the weather, looking forward to spring and starting another crop.

He was preceded in death by his parents, three brothers, and three sisters.

To order memorial trees or send flowers to the family in memory of Earnie Kopaska , please visit our flower store.