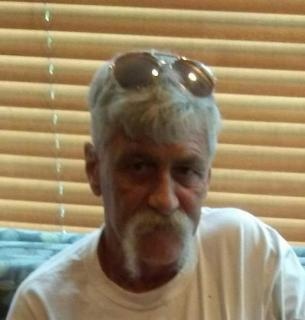 Funeral Services: Will be held on Thursday, November 16, 2017, at 2:00 p.m. at the United Methodist Church in Greenfield. A luncheon will be held at the church immediately following the services at the church. Pastor Eric Schubert will officiate the service.

Family Visitation: The family will greet friends on Wednesday evening from 4:00 to 7:00 p.m. at the Steen Funeral Home in Greenfield.

Memorials: Can be made to the “Ed Carl Memorial” account set up by the family at First National Bank.

Edward “Ed” Charles Carl was born March 20, 1960 at Adair County Memorial Hospital in Greenfield Iowa, the son of Bruce Edward and Kathryn Cleone (Strong) Carl. He passed away unexpectedly in a farming accident near Greenfield, Iowa on Tuesday, November 7, 2017 at the age of 57 years old.

Ed grew up in Casey, Iowa and went to school at Adair-Casey. He joined the United States Army in 1977 and was honorably discharged due to injury in 1978. After serving in the military, he worked in bridge and building construction for many years and lived in Adair and Guthrie County for the majority of his life. After retiring from construction he spent much of his time engaging in anything related to racing with many of his friends and enjoyed socializing with many of the people in his hometown. He also liked to spend time doing anything related to working with his hands and helping others. But one of his favorite things to do was talk about his family, his daughter, Rachel Dawn (Held) Stender and son-in-law Jacob Stender and especially his new granddaughter, Alexis Rae Stender. Anytime he got to speak of them he would light up the room.

He is survived by his partner of 26 years, Mindee Held; his daughter, Rachel (Jacob) Stender; his granddaughter, Alexis Stender. He is also survived by his parents Bruce and Kathryn Carl and his seven siblings: Ronda (Pat) Benge, Sandy Lundberg, Linda (Eric) Stewart, Roy Carl, Ruth (Marlo) Eilts, Di (Bruce) Mensing, and Roger (Janet) Carl, as well as many nieces, nephews, other family and countless friends.

Ed’s family wishes to express their gratitude for all acts of kindness shown to them in their time of sorrow.

To order memorial trees or send flowers to the family in memory of Ed Carl , please visit our flower store.