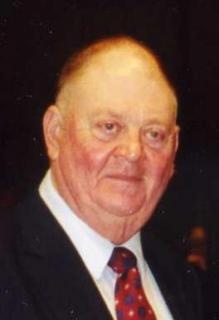 Memorials:  To the Ed Cullen Memorial fund to be established by the family.

Dr. William Edward Cullen, D.D.S. was born on September 29, 1933, to Evelyn (Miller) and Russell Cullen in rural Cass County, Iowa. He passed away on Saturday, January 22, 2011, at the Good Samaritan Society in Fontanelle at the age of 77.

Ed grew up with a love for farming and attended rural Adams County country schools. He drove to Corning or stayed with his grandmother in Corning and graduated from Corning High School in 1951. He graduated with a B.S. from Creighton in 1955, where he participated in the ROTC program. After active Army duty he returned to Creighton and graduated from the college of Dentistry in 1960. In April of 2010, he attended his 50th dental class reunion. He rose to the rank of Captain in the Iowa and Minnesota National Guard where he served for thirteen years.

He opened a practice in Lenox, Iowa. He practiced dentistry by day and farmed with his father evenings and weekends. In May of 1965, he moved to Minneapolis, MN where he opened a practice. On April 20, 1968, he married Nancy Marie Bjore. In April of 2003, he celebrated his 35th Wedding Anniversary with Nancy before her death in November of 2003.

In the early 1990's he quit private practice. He was a prison dentist in Mt. Pleasant, Iowa and also in Minnesota and Nevada.

In July of 2005 he married Shirley Ward. They met at a seniors dance. Ed was an Aurthur Murray dance instructor as one of his jobs while attending Creighton. He loved to dance and often went to several ballroom dances a week in his retirement.

He was preceded in death by his parents; sister, Anita Johnson; and his wives, Nancy and Shirley.

To order memorial trees or send flowers to the family in memory of Ed Cullen , please visit our flower store.