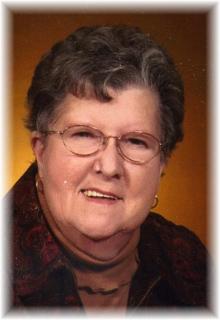 Funeral Services: Will be held on Thursday, May 22, 2014, at 2:00 p.m. at the Avondale United Methodist Church, rural Fontanelle with burial in the Avondale Cemetery.

Family Visitation: Will be held on Wednesday evening at the Steen Funeral Home in Fontanelle from 6 to 8 p.m.

Eleanor Margie (Bayman) Steward was born May 10, 1924, to Oron and Lena (Scott) Bayman in Washington Township, Adair County, Iowa. She passed away on Monday, May 19, 2014, at the Good Samaritan Society in Fontanelle, Iowa at the age of 90 years and 9 days.

Eleanor grew up and attended country school in Washington Township until 1936 when the family moved to Richland Township and continued her education at Richland graduating in 1941. On August 20, 1942, she was united in marriage to Ralph Steward in Maryville, Missouri. To this union three sons were born: Gail, Allen and Edward.

To order memorial trees or send flowers to the family in memory of Eleanor Steward , please visit our flower store.
Send a Sympathy Card