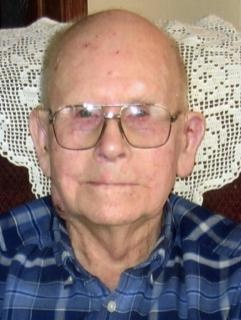 Funeral Services: Will be held on Saturday, December 3, 2016, at 10:30 a.m. at the Massena United Methodist Church in Massena with burial in the Massena Center Cemetery. Pastor mark Millikan will officiate the service. A luncheon will be held at the church following the services at the cemetery.

Family Visitation: The family will greet friends on Saturday morning at the church one hour prior to services.

Memorials: May be directed to the Massena United Methodist Church.

Elmer Clarence (Bud) Meyer was born December 20, 1915, in Cumberland, Iowa, the son of William and Meta (Ihnen) Meyer. He passed away on Sunday, November 27, 2016, at the Greenfield Rehabilitation and Health Care Center in Greenfield, Iowa, at the age of 100.

Elmer (Bud) spent his entire life in the surrounding area. Bud grew up in rural Cass County and graduated from Cumberland High School in 1933. On June 1, 1942, he was united in marriage to Darlene Mae Murray in Maryville, Missouri. To this union three children were born: Dean, Diane and Gary. He lived on the farm he owned west of Bridgewater beginning in 1948 for over 60 years. He spent his last six years at the Greenfield Assisted Living Community. Elmer’s lifelong interests were his farm and his family. He was a member of the Massena United Methodist Church.

He was preceded in death by his parents; wife, Darlene in 2013; son, Dean Meyer; son-in-law, Steven Darling; and sister, Wilma Konegni.

To order memorial trees or send flowers to the family in memory of Elmer Meyer , please visit our flower store.