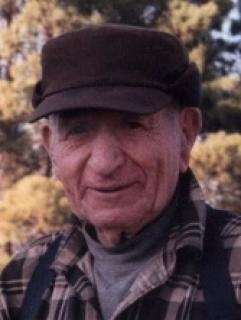 Memorials: Memorials may be directed to the Jack Huddleson memorial fund to be established at a later date.

Ernest Henry “Jack” Huddleson was born February 26, 1921, the son of Joseph H. and Mary E. (Maas) Huddleson in Spaulding, Iowa. He passed away on Friday, September 16, 2016, at the Good Samaritan Society in Fontanelle, Iowa, at the age of 95.

Jack attended country school graduating 8th grade from Lincoln Township School #5 in Union County, Iowa. His school is preserved at the historical park in Creston. On December 21, 1941, he was united in marriage to Mildred Bowerbank in Grant City, Missouri. (They later divorced.) Jack farmed until 1955 when he started bridge construction. Later he built concrete panel silos and helped erect the one at the Grand Junction, IA Farm Progress Show. Jack started his own poured concrete silo business and in 1971, built his first silo on his son, Charles’ farm. In 1980, he and second wife, Betty Rosenbaum were divorced. Jack moved to Bremen, AL about 35 years ago, where he raised calves, then Boar goats, and lastly sheep up until he retired, about 5 years ago. Jack had a strong interest in politics. He was very interested in whatever his kids and grandkids were doing and in later years Jack enjoyed eating and drinking healthy

He was preceded in death by his parents; two sisters, Mildred Hepker and Evelyn Conley; a brother, Earl (Pete) Huddleson; four brothers-in-law, a sister-in-law, two sons, James at birth and Harry (“Casey”) in 2013; a daughter, Shirley (lived 12 days); and a grandson, Randy Treadaway.

To order memorial trees or send flowers to the family in memory of Ernest Huddleson , please visit our flower store.