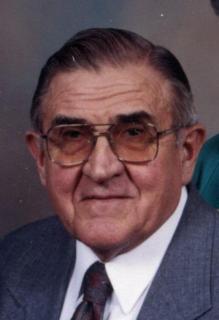 Funeral Services: Will be held on Tuesday, January 3, 2017, at 10:30 a.m. at the Emmanuel Lutheran Church in Fontanelle with burial in the Greenfield Cemetery. Pastor Steven Broers will officiate the service. A luncheon will be held at the church following the burial.

Visitation: The family will greet friends on Monday at the Steen Funeral Home in Greenfield from 5:00 to 7:00 p.m.

Memorials: The family request that memorials be given to the Fontanelle Emmanuel Lutheran Church, Adair County Health Foundation or Greenfield or Fontanelle Public Libraries.

Ervin and Ione started farming southeast of Fontanelle. After the arrival of Maurice Allen, 1946 and Marvin Gene, 1948, they moved to southwest of Greenfield in 1950. Bonnie Elaine arrived in 1952. In 1995, Ervin and Ione retired from the farm and moved to a new home in the town of Greenfield.

The family request that memorials be given to Emmanuel Lutheran Church, Fontanelle; Adair County Health Foundation; or either Greenfield or Fontanelle Public Libraries.

To order memorial trees or send flowers to the family in memory of Ervin Ehm , please visit our flower store.
Send a Sympathy Card