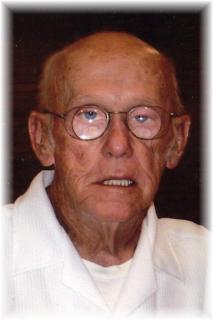 Funeral Services: Will be held on Wednesday, January 8, 2014, at 2:00 p.m. at the Steen Funeral Home in Greenfield with burial at the Greenfield Cemetery. A luncheon will be held following the committal services at the Greenfield United Methodist Church. Pastor Eric Schubert will officiate the service.

Family Visitation: The family will greet friends on Tuesday evening from 5 to 7 p.m. at the Steen Funeral Home in Greenfield.

Memorials: In lieu of flowers memorials may be made to the Muscular Dystrophy Association or to the Stuart Rescue Unit.

Eugene Vincent Clarke was born on February 12, 1932, in Dexter, Iowa, the son of Edmund and Eileen (Leeper) Clarke. He passed away on Saturday, January 4, 2014, at the Mercy Medical Center in Des Moines, Iowa, at the age of 81.

Eugene graduated from Doniphan High School in Doniphan, Nebraska in 1949. On December 1, 1956, he was united in marriage to Pauline Burrell in Guthrie Center, Iowa. To this union three sons were born: Roger, Kendall and Kevin. They lived with his parents near Arbor Hill for five years and then they purchased their farm north of Stuart where they still resided. He farmed and also worked for Monarch Cement Company in Des Moines retiring in 1994. He loved the farm, his livestock (especially his cattle) and enjoyed playing cards.

He was preceded in death by his parents; son, Roger in 2008; granddaughter, Rosie Clarke; brother, Kent Clarke; and sister Donna Clarke.

To order memorial trees or send flowers to the family in memory of Eugene Clarke , please visit our flower store.
Send a Sympathy Card