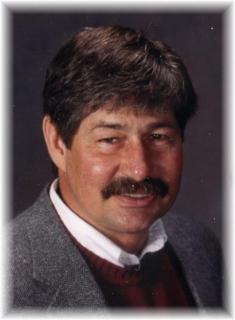 Funeral Services: Will be held on Tuesday, June 24, 2014, at 10:30 a.m. at the United Methodist Church in Greenfield with burial at the Hill of Zion Cemetery, rural Orient, Iowa.

Family Visitation: The family will greet friends on Monday from 5:00 p.m. to 8:00 p.m. at the United Methodist Church in Greenfield.

Memorials: To the Doc Kuhns memorial fund to be established by the family at a later date.

Doc grew up in the Greenfield area and graduated from Greenfield High School in 1964. During high school, he enjoyed wrestling and served as a class officer. After high school, he attended Iowa State University and Creston Junior College. He also served his country in the Army Reserves, where he was trained as a draftsman. On December 23, 1967, he was united in marriage to Beverly Looney in Cromwell, Iowa. To this union three children were born: Matthew, Samantha and Nathan. Doc worked as a draftsman prior to joining the family farming operation. He took pride in his work, and like his father, continued to build their family’s farming operation. Doc enjoyed playing tennis and volleyball, as well as watching his children compete in various athletic events.

On December 31, 2001, he was united in marriage to Deborah Wood in Earlham, Iowa. This expanded his family to include Deb’s children, Heather and Brent. After being diagnosed with a lung disorder, he received a lung transplant. This precious gift enabled him to enjoy many more years with his family and friends. He enjoyed golfing, playing cards and many fishing trips up north. Doc especially enjoyed cheering for and spending time with his grandchildren. His sense of humor and caring nature will be missed by all who knew him.

Eugene was preceded in death by his parents and infant brother, Gary Kuhns.

To order memorial trees or send flowers to the family in memory of Eugene Kuhns , please visit our flower store.
Send a Sympathy Card