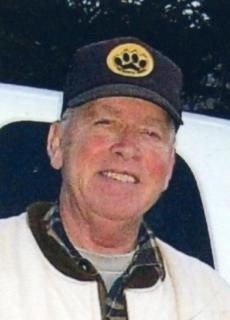 Funeral Services: Will be held on Wednesday, February 1, 2017, at 10:30 a.m. at the Emmanuel Lutheran Church in Fontanelle with burial in the Fontanelle Cemetery with full military graveside rites conducted by the Fontanelle American Legion Carlson Post No. 247. A luncheon will be held at the church following the committal services at the cemetery. Pastor Cathy Nutting will officiate the service.

Open Visitation: Will be held on Tuesday at the Emmanuel Lutheran Church in Fontanelle from 2:00 p.m. to 7:00 p.m.

Family Visitation: Will be held on Tuesday at the Emmanuel Lutheran Church in Fontanelle from 5:00 p.m. to 7:00 p.m.

Masonic Service: Will be held on Tuesday at the Emmanuel Lutheran Church at 4:30 p.m. conducted by the Masonic Circle Lodge No. 555 of Prescott.

Memorials: Memorials may be made to the Gene Purdy memorial fund to be established by the family.

Eugene Stephen Purdy was born December 10, 1946, the son of Arthur and Mary (Young) Purdy in Orient, Iowa.  He passed away on Friday, January 27, 2017, at the Greater Regional Hospice House in Creston, Iowa, at the age of 70.

Gene grew up in Orient and graduated from Orient-Macksburg High School in 1965.  He went on to receive his 2-year degree from Southwestern Community College in Creston.  He served his country in the United States Navy from 1967-1971, during Vietnam.  On June 1, 1968, he was united in marriage to Donna Pettigrew in Orient, Iowa.  To this union three children were born: Chris, Jennifer and Dave.

Gene worked for the Department of Transportation in maintenance and then as a supervisor for 35 years, retiring in 2007.  He was a member of the Fontanelle United Methodist Church, Masonic Lodge Circle No. 555 of Prescott, American Legion Carlson Post No. 247, Iowa Trappers Association, Fur Bearers Unlimited, Lifetime member National Trappers Association, Lifetime member FurTakers of America, NTA Trapper of the Year West of the Mississippi, ITA Hall of Fame, was a member of the Shriner and Consistory and an Eagle Scout.  Gene loved the outdoors and trapping was his passion which he enjoyed doing for the last 60 years.  He enjoyed fishing, loved attending his grandchildren’s sporting and music events and looked forward to his morning visits with his coffee friends.

He was preceded in death by his father; grandparents, Arthur and Elma Purdy and Merle and Martha Young; father and mother-in-law, Glen and Norma Pettigrew; and brother-in-law, Burton Van Eaton.

To order memorial trees or send flowers to the family in memory of Eugene Purdy , please visit our flower store.