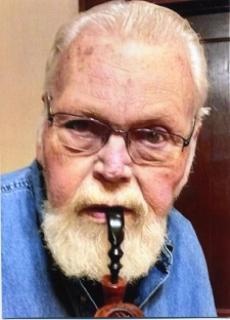 Family Visitation: The family will greet friends on Tuesday morning one hour prior to services at the Steen Funeral Home in Greenfield.

Memorials: In lieu of flowers memorials may be directed to the Gene Schleiffarth memorial fund to be established by the family.

Eugene grew up in Earlham, Iowa, where he attended school, graduating in 1950. After graduating from Earlham High School, he enlisted in the U.S. Air Force, achieving the rank of Airman 3rd Class as a Welder. Eugene served in the United States Air Force from March 10, 1951 until his discharge June 13, 1952.

Eugene was employed in several professions including owning multiple businesses. They were The Earlham cafe, Greenfield Dairy Sweet, Maid-Rite and Standard station. He was a gifted Mechanic, Welder and Bus Driver.

He was a member of the Earlham Friends Church, the U. S. Air Force and the Earlham American Legion, Post 158.

Eugene loved tinkering in the garage with his grandson Jared, waxing the family car, and smoking his pipes. He cherished his small dog, Angel and loved watching “American Pickers” and the “Velocity Channel” featuring the latest in cars and motorcycles.

Eugene was preceded in Death by his parents, his wife Karen Perry Schleiffarth and daughter, Barbara Jean Noack (from a previous marriage).

To order memorial trees or send flowers to the family in memory of Eugene Schleiffarth , please visit our flower store.