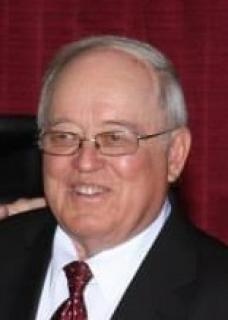 Funeral Services: Will be held on Tuesday, October 5, 2021, at the Emmanuel Lutheran Church in Fontanelle, Iowa, at 10:30 a.m. with burial in the Fontanelle Cemetery. A luncheon will be held at the church following the committal service at the cemetery.  Pastor Bruce Gowen will officiate the service. The Steen Funeral Home in Fontanelle is in charge of the professional arrangements.

Memorials: Memorials may be directed to EVan Rayl memorial fund to be established by the family at a later date.

Marion Evan Rayl was born October 17, 1935 to Ferol Rayl and (Pluma) Bernice Evans, in their home in rural Afton, Iowa. He passed away peacefully on October 2, 2021 at Luther Park Trinity Center Community in Des Moines at the age of 85. Evan was raised on his parent’s farm in rural Afton and graduated from the Afton High School in 1954. Evan was active in 4-H and the high school yearbook staff and played baseball while growing up.

After high school, Evan attended Iowa State University, graduating in 1958. He worked for the Adair County Extension Service in Greenfield, Iowa one summer where he met the love of his life, Shirley Jean Queck. They were married on Monday, October 17, 1960, which was Evan’s birthday. That day was also Shirley’s grandfather, Charlie Queck’s birthday, and the anniversary of her grandparents, Charlie and Oteilie Queck.

In August of 1962, their daughter Renae Jean was born. Two years later in August, their first son, Thomas Evan, was born. Steven Evan was born in March 1970. He served as a 4-H leader for 10 years, starting the Summit Superstars Boys Club in Adair County. He was always their biggest fan and loved being grandpa to his five grandchildren and great-grandson. His proudest moments were watching them participate in their activities and was especially proud to have three grandsons who all achieved Eagle Scout.

Evan had several entrepreneurial pursuits, the most notable being Iowa Star Silos and Rayl Farms. He was also a gifted writer and storyteller, regularly contributing articles to Livestock Plus. It has been said that he was one of the greatest Angus minds in the country. In 2000 and 2001 he served as the President of the Iowa Angus Association.

To order memorial trees or send flowers to the family in memory of Evan Rayl , please visit our flower store.
Send a Sympathy Card