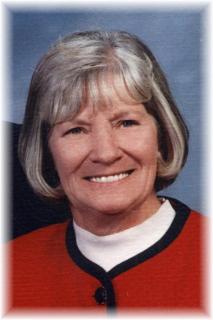 Celebration of Life Services: Thursday, March 1, 2012, at the Fontanelle United Methodist Church at 11:00 a.m. Pastor Cathy Nutting will officiate the service. A luncheon will immediately follow the service at the church.

Visitation: Will be Held on Wednesday at the Steen Funeral Home in Fontanelle from 1:00 p.m. to 8:00 p.m. with the family greeting friends from 6 to 8 p.m.

Memorials: To the Evelyn Kline memorial fund to be established by the family at a later date.

Evelyn Mary Kline was born to Robert and Lila Mae (Edwards) Hall on March 26, 1942, in Bridgewater, Iowa. She passed away on Sunday, February 26, 2012, at the Adair County Memorial Hospital in Greenfield at the age of 69.

Evelyn was raised in Fontanelle and Anita, Iowa. She graduated from Anita High School in 1960. On September 3, 1961, she was united in marriage Daryl Kline in Anita, Iowa. To this union three daughters were born: Tracy, Tanja, and Tara. Evelyn and Daryl lived in Des Moines for one year and then in 1969 they moved to Fontanelle. Evelyn worked as a food brokerage rep. for several companies in Des Moines for nearly 30 years and then worked for Farley's and Sather's in Creston before retiring. She enjoyed sewing, gardening and canning, watching sports and cooking. Evelyn was a member of the Fontanelle United Methodist Church.

She was preceded in death by her parents; husband, Daryl in 2005; and three brothers-in-law, Delbert, Duane and Larry Kline.

To order memorial trees or send flowers to the family in memory of Evelyn Kline , please visit our flower store.
Send a Sympathy Card