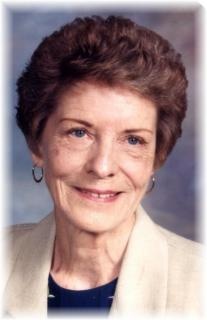 Funeral Services: Will be held on Sunday, December 7, 2014, at 2:00 p.m. at the Emmanuel Lutheran Church in Fontanelle with burial in the Fontanelle Cemetery. Pastor Steven Broers will officiate the service. A luncheon will be held at the Greenfield Bowl following the burial.

Family Visitation: The family will greet friends on Sunday one hour prior to services at the church.

Memorials: To the Faye Mangels memorial fund to be established at a later date by the family.

Guendolia Faye Mangels was born August 15, 1936, the daughter of Willie and Mary Golda (Drake) Cole in Coweta, Oklahoma, the youngest of nine children. She passed away on Thursday, December 4, 2014, at the Greenfield Rehabilitation and Health Care Center in Greenfield, Iowa, at the age of 78.

Faye grew up in Oklahoma and California. She graduated from University High School in Los Angeles in 1954. On July 9, 1955, she was united in marriage to Robert Lee Mangels in the Mar Vista Baptist Church in Imperial Beach, California. To this union four children were born: Alan, Roberta, Janelle and Kaye.

Faye worked at the Greenfield Manor for 39 years. She was very dedicated and loyal to the patients she cared for through the years. She retired in February of 2012. Faye was an avid sports enthusiast. She loved bowling and she bowled in a league for nearly 50 years.

To order memorial trees or send flowers to the family in memory of Faye Mangels , please visit our flower store.