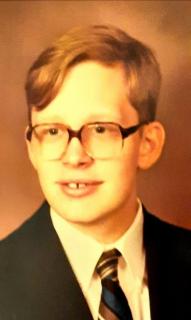 Family Visitation: The family will greet friends one hour prior to services on Wednesday at the Steen Funeral Home in Massena.

Memorials: Memorials may be directed to the Nishna Valley Family YMCA in Atlantic, Iowa.

Frank Wayne Devereaux was born on July 16, 1965, the son of George and Darlene (Eilenstine) Devereaux in Atlantic, Iowa. He passed away on Wednesday, October 20, 2021, at the University of Iowa Hospital in Iowa City, Iowa, at the age of 56.

Frank was a 1983 graduate of Atlantic High school. Frank worked as a cook at Van Chat and Chew for ten years. He then worked at various casinos until 2019 when he moved to Riverside, Iowa, and worked at the Riverside Casino.

Frank's favorite sports were baseball and football. His favorite teams were the Pittsburgh Pirates, Pittsburgh Steelers, and Iowa State Cyclones.

He was preceded in death by his grandparents, John and Dorthy Devereaux grandparents, Floyd and Esther Elienstine; father, George Devereaux; and his half-sister, Cheryl Devereaux.

To order memorial trees or send flowers to the family in memory of Frank Devereaux , please visit our flower store.
Send a Sympathy Card