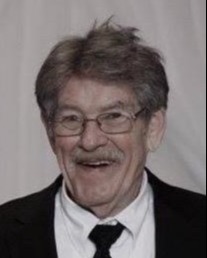 Funeral Services: Will be held on Saturday, November 5, 2022, at 11:00 a.m. at the St. John’s Catholic Church in Greenfield with burial in the Greenfield Cemetery.  Full military graveside rites will be held by the Greenfield American Legion Head-Endres Post No. 265 and V.F.W. Post No. 5357.  A luncheon will follow the burial at the St. John’s Catholic Church.  Father Phillip Bempong will officiate the service.  The Lamb Funeral Home in Greenfield is in charge of the professional arrangements.  Online condolences may be left to the family at www.lambfuneralhomes.com.

Memorials:  To the Fred Lydon Memorial Fund to be established by the family at a later date.

Fred Bernard Lydon was born April 4th 1948 to Ernest and Joan Lydon. He was the little brother to Keith Lydon and grew up in Greenfield Iowa. Fred passed away October 28th 2022 after a long battle of a rare brain disorder. Early on Fred spent his childhood on his family farm chasing animals and helping with chores. Fred was a handy man who loved tinkering on his muscle cars, fixing whatever needed fixing and doing yard work. Fred spent a lot of time in his garage outlining each tool he owned.  He loved his tools. He also enjoyed collecting and firing his guns. His love for his guns began when he was a young boy and grew after he was drafted into the Army in 1968. The same year he married his high school sweetheart Diane Christensen. He was stationed in Germany for about a year. Fred and Diane returned to Iowa where they later had their first daughter Sara and five years later had Julia. Fred enjoyed spending time with his family and forcing them to watch rerun after rerun of The Andy Griffith Show. In 1997 Fred and Diane parted ways but stayed present in each other's lives. Fred had 5 grandchildren who he was proud to watch grow up. Fred was known from working at the Greenfield Municipal Utilities where he supplied the residences of Greenfield with electricity and water. Fred retired from Greenfield Municipal Utilities after 30 plus years and spent his free time attending swap meets, helping his two daughters with anything they needed, shooting clay pigeons and spending time with his fiance Lori Martin. Fred spent a great deal of time with his mother and only brother Keith and loved eating with them at the bowling alley and tiger drive-in. Fred's health began deteriorating and shortly after he entered the nursing home was diagnosed with Progressive Supranuclear Palsy. Fred spent the last 5 years in nursing where he was welcomed to Heaven.
Fred is survived by his daughter Sara (Joe) Maxwell and their children Matthew, Danual, Caleb and Lauren. His daughter Julia ( Zach) Flick and their son Mason. His mother Joan Lydon, brother Keith Lydon, niece Heather McMullin and Keith Jr Lydon and family and friends.
Fred is preceded in death by his father Ernest Lydon, grandparents Bernard and Velva Lydon, Fred and Gertrude Compton, and his fiance Lori Martin.
To order memorial trees or send flowers to the family in memory of Fred Lydon, 74, of Greenfield, please visit our flower store.