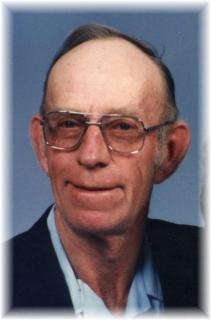 Funeral Mass: Will be held on Wednesday, February 13, 2013, at 10:00 a.m. at the St. John’s Catholic Church in Greenfield with burial in the Orient Cemetery. A luncheon will follow the burial at the church.

Visitation: Will be held on Tuesday, February 12th from 3 p.m. to 8 p.m. at the Steen Funeral Home in Greenfield with the family greeting friends from 6 to 8 p.m. on Tuesday evening.

Memorials: To the Gail Diers memorial fund to be established by the family at a later date.

Gail Wayne Diers was born June 5, 1925, the son of William Christopher and Mary Ann (Burg) Diers on the family farm near Orient, Iowa. He passed away on Sunday, February 10, 2013, at his home.

Gail was raised and lived his entire life in Adair County, Iowa. He graduated from Orient Consolidated Schools in 1944. Gail farmed with his dad during high school and began his life-long occupation of farming following graduation. Harvest was his favorite time of year. He could fix or do almost anything, from carpentry to working on tractors. He drove a school bus for Orient Schools for twenty three years and was the Adair County Assessor for several years. On December 6, 1949, he was united in marriage to Donna Littrell in the St. John’s Catholic Parsonage in Greenfield, Iowa. To this union four children were born: Larry, Patti, Janet and Jolene. They moved to their current farm in 1966.

He loved to work with his hands, build windmills, liked to pick black walnuts, and took pride in his many gallons of blood donations. He especially loved his children, grandchildren and great grandchildren – always helping them. He was a member of the St. Mark’s Catholic Church and later the St. John’s Catholic Church.

He was preceded in death by his parents; brother, Lowell Diers and a sister in infancy.

To order memorial trees or send flowers to the family in memory of Gail Diers , please visit our flower store.
Send a Sympathy Card