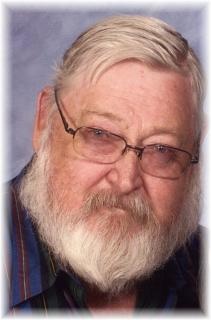 Celebration of Life Services: Will be held on Tuesday, March 26, 2013 at 10:30 a.m. at the Avondale United Methodist in rural Fontanelle, Iowa. A luncheon will follow the service at the church.

Memorials: To the Gaylord McCall memorial fund to be established by the family at a later date.

Gaylord LeRoy McCall was born August 3, 1942 to Clayton L. and Ardith P. (Dodge) McCall in Bridgewater, Iowa. He passed away March 23, 2013 at Mercy Medical Center in Des Moines, Iowa at the age of 70.

Gaylord grew up on the family farm south of Bridgewater which was later recognized as a Century Farm. He attended country school at Washington Center through eighth grade, graduated from Bridgewater-Fontanelle High School in 1960 and then took mechanic training at the International Trade School in Nebraska .

On March 17, 1962 he was united in marriage to Linda Bell in Maryville, Missouri. To this union three children were born: Susan, Monte and Kelly. After their marriage they moved to a farm in Grinnell where he worked as a hired man, then to farms in Massena and Nevinville. As much as he enjoyed farming after moving to Orient in 1979 he started driving a truck as a single driver for at least a million miles and later as a team driver with his wife Linda for at least five million miles. Since retirement he and Linda enjoyed traveling all over.

Gaylord was a member of the Avondale United Methodist Church and the Red Rock Four Wheelers. He collected Allis Chalmers tractors and old cars. He especially loved to go four wheeling and going on off road trails with his old Ford Bronco. He enjoyed spending time with his family and was interested in genealogy.

He was preceded in death by his parents and grandparents.

To order memorial trees or send flowers to the family in memory of Gaylord McCall , please visit our flower store.
Send a Sympathy Card