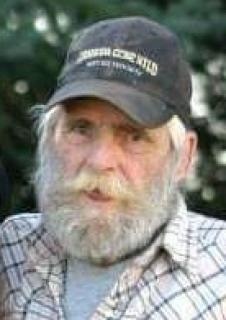 Funeral Services: Will be held on Thursday, May 26, 2016, at 10:00 a.m. at the Greenfield United Methodist Church with burial in the Greenfield Cemetery.  Full military graveside rites will be conducted by the Greenfield American Legion Head-Endres Post No. 265 and V.F.W. Post No. 5357.  A luncheon will be held at the church following the burial at the cemetery. Pastor Eric Schubert will officiate the service.

Memorials: May be directed to the Gene Funke Memorial Fund to be established by the family.

Gene attended Greenfield school district later graduating in 1969. After graduating he worked as a custodian at the high school. Gene later joined the service serving in the Vietnam War. On January 14, 1971, he was united in marriage to Cinda Ritter. To this union three children were born: Patty, Jon and Jerry.

The family made their home on a farm north of Greenfield, later moving to town in 1996. Much of Gene’s life consisted of him working at Cardinal IG for many years and Schildberg’s Construction until he later retired. Gene’s greatest joy in life was spending time with his family and grandchildren and his dog Chico. Gene was an avid hunter spending countless hours with his family.

To order memorial trees or send flowers to the family in memory of Gene Funke , please visit our flower store.