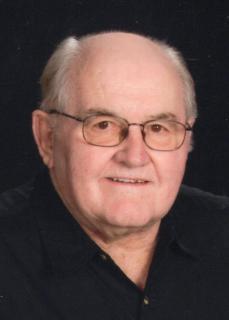 Memorials: Memorials may be directed the Gene Hosfelt memorial fund to be established by the family at a later date.

Gene George Hosfelt was born January 4, 1937, the son of George William and Velma Marie (DeVore) Hosfelt in Atlantic, Iowa. He passed away on Saturday, November 30, 2019, at the Cass County Memorial Hospital in Atlantic at the age of 82.

Gene was raised on a farm near Massena and graduated from Massena High School in 1955. After graduation he attended Iowa State University for a year. Gene then took a job in Des Moines with Wonder Bread Company driving a bread truck. His love for farming brought him home to Massena and spent the rest of his life on a farm southwest of town. Upon “retirement” Gene took a job at the Massena Livestock Auction hauling livestock. He was united in marriage to his High School sweetheart Shirley Devine on February 10, 1958 in the St. Theresa Catholic Church in Des Moines. They were blessed with four children: Brenda, Michael, Christina and William.

Gene's hobbies were taking family vacations to The Lake of the Ozarks, boating, and chasing his kids and grandkids to every sporting event they were involved in. He loved spending time with friends at Birthday Club, Dancing, and morning Coffee Crowd at Main St. Bar and Grill.

He was preceded in death by his parents; mother and father-in-law, Charles and Helen (Cullen) Devine; and sister-in-law, Marian Devine.

To order memorial trees or send flowers to the family in memory of Gene Hosfelt , please visit our flower store.
Send a Sympathy Card