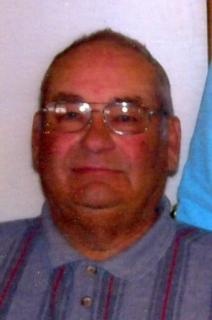 Funeral Services: Will be held on Tuesday, May 23, 2017, at 11:00 a.m. at the Steen Funeral Home in Massena with burial in the Victoria Township Cemetery, Massena, Iowa. A luncheon will be held at the Massena United Methodist Church immediately following the services. Pastor Guy Fisher will officiate the service.

Family Visitation: The family will greet friends on Tuesday one hour prior to services.

Memorials: Memorials may be directed to the George Kuesel memorial fund to be established by the family at a later date.

George worked with his father on the family farm until he married Virginia May Schmidt. They married on June 5th 1955 at the First Evangelical Lutheran Church in rural Wiota, Iowa. To this union four daughters were born Shirley, Debra, Sharon, and Carol.

George loved life, he loved the Lord and he loved his family and friends. George was always interested in how people were doing and keeping up on local news. He always asked how everybody was and enjoyed catching up with friends and family. He was always up with current events even when his health was declining over the last several years. He was always a strong role model to all of his family. George especially enjoyed his special trips to Johnny’s to eat.

George was in the National Guard, he drove and owned many trucks, and he also did some farming. George was a hard worker; he enjoyed working and maintaining his trucks and tractors. He had a Harley in 57, owned a corvette and multiple other new cars right out of the factory. He enjoyed anything with a motor. He really knew what made motors tick. He loved stock car racing and raced his own car for years. He also enjoyed watching his grandson’s race mud bogs. He enjoyed his grandkids and teaching them about life. George would always go above and beyond for anyone he knew. He loved his children, grandchildren, and great grandchildren unconditionally.

He is preceded in death by his parents George and Nellie; wife, Virginia; daughter Sharon; and sister Bertha.

He is survived by three daughters Shirley Brown and boyfriend Jerry Edwards of Cumberland, Debra Bowman and husband Doug of Corning, Carol VanBemmel and husband Richard of Massena; five grandchildren, ten great grandchildren; and other relatives and friends.

To order memorial trees or send flowers to the family in memory of George Kuesel , please visit our flower store.