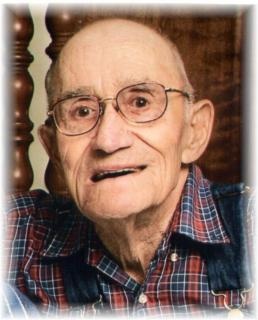 Memorials: To the Glen Pettigrew memorial fund to be established by the family at a later date.

Glen H. Pettigrew passed away at the Good Samaritan Society, Fontanelle, Iowa on Thursday, May 24, 2012, at the age of 93.

Glen was born in rural Adams County, Iowa on June 20, 1918 to John C. and Ethel Phelps Pettigrew, and was the youngest of five children.

As a young adult he worked for several farmers in southern Minnesota where he met his future wife, Norma Gustafson. They were married in Maryville, Missouri on August 7, 1940 and began their farming partnership. Glen was a very good farmer and they both worked very hard at their occupation. They lived most of their married lives on a farm north of Williamson where they raised their four children.

Glen was a 50 year member of Prescott Circle Lodge #555, District Lecturer, Master Instructor, member of Royal Arch Masons, Scottish Rite, York Rite, Za-Ga-Zig Shrine, and was very active in Masonic Lodges around the state. He was also a member of the Fontanelle Methodist Church.

Glen had a love of people and never met a stranger. He was an avid card player and enjoyed singing, playing his harmonica and dancing. He was a very generous person with a willingness to help anyone and was a good neighbor and friend. He was a loving husband, Dad and Grandpa.

Glen was preceded in death by his wife Norma, parents, one brother, three sisters, and son-in-law, Burton Van Eaton.

The family would like to extend a special thank you to the staff of Good Samaritan Society for their loving care the past four years.

To order memorial trees or send flowers to the family in memory of Glen Pettigrew , please visit our flower store.