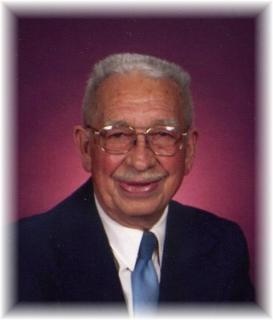 Funeral Services: Will be held on Saturday, March 23, 2013 at 10:30 a.m. at the United Methodist Church in Greenfield with burial in the Greenfield Cemetery. Full Military Graveside Rites by Greenfield American Legion Head-Endres Post No. 265 and V.F.W. Post No. 5357. A luncheon will follow the burial at the church.

Memorials: To the Glenn Brown memorial fund to be established by the family at a later date.

Glenn attended school in Guthrie Center until the 10th grade. After living in Guthrie Center, Glenn’s family lived in Centerville, Iowa, West Burlington Iowa, New Sharon, Iowa and Maquoketa, Iowa. On October 20, 1942, Glenn entered in active military services in Burlington, Iowa. He served in the U.S. Navy obtaining the rank of Aviation Ordanceman 1st Class. His duty was served in the Pacific and was honorably discharged in November of 1945.

Glenn worked at the Greenfield R.E.A. for eight years. He then began a 25 year career working for the City of Los Angeles as an Electrical Inspector for eight years and later as a Senior Electrical Inspector retiring on July 17, 1980. To learn his trade he took short courses at South Gate High School in California graduating in 1966. In addition, Glenn took courses in Spanish, geology, and mineralogy at Los Angeles City College. Glenn was a Scout Master for 28 years receiving the Silver Beaver Award. In 1985 Glenn moved from South Gate to Greenfield.

On May 26, 1988, Glenn married Delpha “Del” Irene Gill at Unity Church in Des Moines. They have made their home in Greenfield. During retirement, Glenn enjoyed fishing, bowling, reading and rock collection. He was an avid baseball fan who enjoyed watching the Chicago Cubs. Glenn was a member of the United Methodist Church in Greenfield, the Greenfield American Legion Head-Endres Post No. 265 and V.F.W. Post No. 5357, and the Wednesday night men’s bowling league.

To order memorial trees or send flowers to the family in memory of Glenn Brown , please visit our flower store.