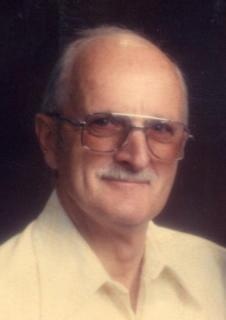 Celebration of Life Services: Will be held on Wednesday, March 9, 2016, at 11:00 a.m. at the Steen Funeral Home in Greenfield. Burial will be in the Greenfield Cemetery with full military graveside rites conducted by the Greenfield American Legion Head-Endres Post No. 265 and V.F.W. Post 5357. A luncheon will follow the burial at the Greenfield United Methodist Church. Pastor Connie Jenkins will officiate the service.

Visitation: The family will greet friends one hour prior to services at the Steen Funeral Home in Greenfield on Wednesday.

Memorials: To the Gordon Stanley memorial fund to be established by the family at a later date.

Gordon LeRoy Stanley was born July 18, 1926, the son of Nathan LeRoy and Estelle (Sargeant) Stanley in Bar Harbor, Maine. He passed away on Tuesday, March 1, 2016, at the Good Samaritan Society in Fontanelle, Iowa, at the age of 89.

Gordon was raised by his grandparents in Hulls Cove, Maine. As a kid he enjoyed roller-skating and moxie soda. He joined the Air Force and ended up at Offutt Air Force Base. He met his wife Dolores on a blind date, and they were married on July 19, 1949, they celebrated 63 years together. Their first daughter was born in 1951 at Offutt, Nebraska. They lived in Hawaii and then Germany where their second daughter was born in 1963. Gordon retired from the service in 1969 and moved to Maine. He worked for the Park Service in many U.S. national parks, moving to a new park every two or three years. He retired from the Park Service in 1984. He worked for the Bureau of Recreation then moved to Iowa. Gordon worked for Schildberg’s Inc. in the parts department, worked with Morris Holtmyer doing electrical work, and at True Value. He was very involved in the community in Greenfield. You could always count on Gordon for a smile and a joke. He spent the last few years at the Good Samaritan Society in Fontanelle. He will be extremely missed by his family and friends.

He was preceded in death by his parents; wife, Dolores Stanley; and daughter, Jacklon Lanora Schmidt.

He is survived by his daughter, Kathryn Elizabeth Westlund and husband Dan of White Pine, Michigan; four grandchildren; many great-grandchildren; other relatives and friends.

To order memorial trees or send flowers to the family in memory of Gordon Stanley , please visit our flower store.
Send a Sympathy Card