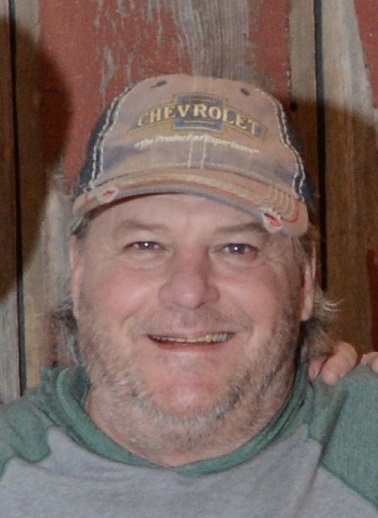 A celebration of Greg’s life will be held on Thursday, June 23rd, 2022 from 5:00 PM to 7PM at the Lamb Funeral Home in Greenfield.  Online condolences may be left to the family at www.lambfuneralhomes.com.

In lieu of flowers, we are establishing a memorial fund in Greg’s honor to be established by the family at a later date.

Gregory Ellis Newbury passed away with his family by his side at Mercy One in Des Moines on June 19th, 2022. Greg was born on September 5, 1961 in Greenfield, IA where he grew up and raised his family.

Greg graduated from Greenfield High School in 1980. After high school, Greg began working at Schildberg Construction Company in 1986 where he spent his career as the materials inspector.

Greg married Tina (Carter) in Tulsa, Oklahoma on May 28th, 1988. After their marriage, they spent 8 years in Atlantic, Iowa where Nick and Max were born. In 1997, they moved back to Greenfield.

He was an avid outdoorsman enjoying fishing, boating, and camping. He’d been known to float down rivers chasing coolers of beer.  He loved riding his Harley, mushroom hunting, listening to music, cooking, and having a good fish fry. He loved to read, watch movies, and he had a great hat collection. Greg loved his granddog, Gremlin. Greg was an amazing family man with the most compassionate heart towards others and he had an exceptional faith in Jesus Christ. Everyone who met Greg, knew that he had a calm and loving demeanor. They gravitated towards his kind, gentle spirit.  He enjoyed hanging out with his friends and will now be able to continue his Friday night drives with his best friend, Mike Wessel.

He was preceded in death by his parents, Jack and Jackie Newbury; his brother, Randy Newbury.

To order memorial trees or send flowers to the family in memory of Greg Newbury, 60, of Greenfield, please visit our flower store.

The family will greet friends