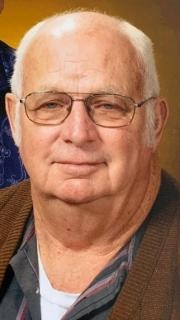 Funeral Services: Will be held on Wednesday, June 30, 2021, at 10:30 a.m. at the St. John’s Catholic Church in Greenfield with burial following in the Fontanelle Cemetery. A luncheon will be held at the Fontanelle Fire Station following the committal services at the cemetery. Father Ken Gross will officiate the service.

Memorials: May be directed to Fontanelle Fire Station.

Harold Olen Veatch was born February 14, 1940, in Kent, Iowa, to Charles “Olen” Veatch and Irene Toland. He was the oldest of two children. His surviving sister is Charlene Cooper of Texas. Those who knew him knew that Harold referred to himself as a “sweetheart” since he was born on Valentine’s Day. Harold’s love for the outdoors and for working the land started in his early years as he was raised in the country in Taylor County (Lenox) before moving to Adair County. He lived in his current residence in Fontanelle for over 55 years which he purchased with a handshake.

Harold attended country school during his elementary years in Lenox, Jr. High in Creston and graduated in 1958 from Greenfield High School. At 6’4” tall Harold was a prime candidate for the basketball court and could be found playing ball for the Greenfield Tigers during his high school years.

He met his wife, Penelope "Penny” of Fontanelle, Iowa, and they married May 12, 1962. Harold spent his days on a dozer and his nights building a life and family with Penny and their children. During the early years, time was spent with Jeffery “Jeff” Tod, Angela “Angie” Kaye and Jason Troy. In October of 1987, they expanded their family to include Katherine “Katie” Nicole. After years of bantering with Angie and jokingly calling her Angela ‘Kate’ instead of ‘Kaye’, he finally got his ‘Kate’.

Harold was born to run a dozer and over his career built a multitude of local farm ponds, terraces, cleared trees, and recently commented his proudest accomplishment was the wetland he did across from Rose Acres in Madison County just west of Winterset. Early in his career, Harold worked for Schildberg Construction of Greenfield, Iowa (8 years). He then worked with Penny’s father (Sickels & Grantham Construction) for a couple of years before starting his own construction company, Veatch Construction, Inc. In 2008, he sold his business and equipment and retired. Missing his passion after retiring, Harold continued to work part-time with Doyle Ruth and Jerry Eshelman through 2018 when it became too difficult for him to climb the tracks of a dozer to get into the cab.

While his health in retirement didn’t afford him the opportunities to travel to Australia and Hawaii as he had wanted to; he was able to travel with family and friends before retirement. Some of his fondest memories include his trip to Alaska with Bruce Jensen, multiple trips to Las Vegas to large equipment shows (of which he would take friends and family), trips to see Katie and her family in California, San Diego Bay with Jason and multiple Arizona trips to Tempe with his dad, Jason and Angie. He was not a man for the city and would often tell you so when it came to his New York City trip!

Harold served his community by being a member on the Fontanelle City Council and the Fontanelle Lion’s Club. He also served as president of the LICA (Land Improvement Contractors of America – Iowa Chapter). His true passion in serving his community came from being a volunteer on the Fontanelle Fire Department under the direction of his friend and fire chief, Denny Sickles. Harold was recognized and received an award from the department as a life-long member for having served 30 years.

Harold is preceded in death by his son, Jeffery “Jeff” Veatch; his parents, Olen and Irene; his favorite mother-in-law, Catherine “Fern” Sickels; and his grandparents.

To order memorial trees or send flowers to the family in memory of Harold Veatch , please visit our flower store.