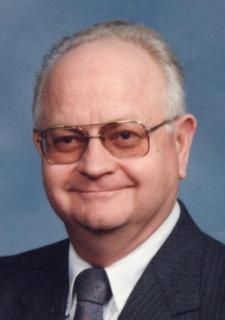 Funeral Services: Will be held on Wednesday, February 27, 2019, at 10:30 a.m. at the Fontanelle United Methodist Church with burial in the Fontanelle Cemetery with full military graveside rites by the Fontanelle American Legion Carlson Post No. 247. Pastor Cathy Nutting will officiate the service. A luncheon will be held at the church following the committal services at the cemetery.

Memorials: Memorials may be directed to the woundedwarriorproject.org or to the Harvey Wallace memorial fund to be established by the family at a later date.

Harvey Delano Wallace was born October 21, 1932, to Clyde and Ollie (Dunkerson) Wallace at the family farmhouse, Richland Township, Adair County, Iowa. He passed away on Saturday, February 16, 2019, at the Good Samaritan Society in Fontanelle, Iowa, at the age of 86.

Harvey attended a rural one-room school in Washington Township and graduated salutatorian from Richland High School in 1950. He went on to earn a Junior Cost Accountant degree from Capital Commercial Extension School of Commerce in Omaha, NE, and worked for Wilson & Co., also in Omaha.

On a very snowy December 21, 1952, Harvey was united in marriage with Joan Wambold at the Greenfield United Methodist Church in Greenfield, IA. Harvey served two years in the Army during the Korean war, and attended Army Finance School at Fort Benjamin Harrison in Indianapolis, Indiana.

Upon leaving the service, the couple made their home in Fontanelle, where they raised their two daughters, Lisa and Cristy. Harvey became schooled in radio, tv and appliance work. He worked for CC Wallace and Sons Farm and Feed Supply, and for the First National Bank for 28 years, retiring in 1996. He started at the bank as a teller, then insurance agent, became vice president and eventually served as president and a member of the Board of Directors. He served as chairman for the FNB Board and in various other capacities from his official retirement in 1996 until 2017.

Harvey was a member of the Fontanelle Lions Club, Crusade Lodge No. 386 AF&AM, American Legion and Fontanelle United Methodist Church.

He was preceded in death by his parents; wife, Joan (Wambold) Wallace in 2014; and three brothers, Harold, Harley and Herschel.

Our dad was an extraordinary man. We were quite spoiled growing up as he was able to fix or build pretty much anything. Dad could fix our cars, fix any gadget/machine in or out of the house, do a little electrical wiring if necessary, and — his pride and joy — make beautiful furniture and gifts out of wood. He taught his daughters many things, both by example and by teaching — practical things like knowing how to take care of your car (Check that tire pressure!) and knowing directions from wherever we might be back to home (N, S, E and W — no landmarks!). And Dad also taught us how to live, especially by example — how and why to have compassion for others, how to treat someone asking for help on the streets of a city, how to stand by someone through illness, and how to honor your obligations. We will miss you oh so dearly, Dad.

To order memorial trees or send flowers to the family in memory of Harvey Wallace , please visit our flower store.
Send a Sympathy Card