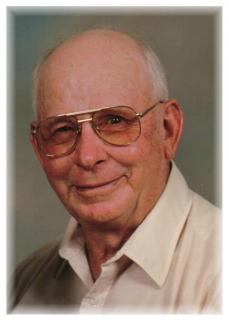 Funeral Services: Will be held on Monday, November 12, 2012, 11:00 a.m. at the St. John’s Catholic Church in Greenfield with burial in the Hill of Zion Cemetery, rural Orient, Iowa with full military graveside rites by the Williamson American Legion Post No. 719.

Memorials: To the Homer Lauer memorial fund to be established by the family at a later date.

Homer Melvin Lauer passed away at his home on Thursday, November 8, 2012. Homer was born October 10, 1932, near Zion, Iowa, to Irvin Joseph Lauer and Winnie Mae Griffin Lauer. Homer was born, raised, and farmed his entire life on the family farm. He attended Zion School and graduated from there in 1951. Homer was a school bus driver while he attended school. April, 1953, Homer left for active duty to serve in the Army. He was stationed in Germany. He returned to his family homestead to farm.

On August 27, 1956, he was joined in marriage with Martha Jane Ward. Over their fifty-six years of marriage, they were blessed with four children, Ronald, Kim, Roger, and Carrie. This road was long with a few bumps, several potholes, curves, and lots of laughs, but we always went through it together.

He was preceded in death by his parents; sister, Phyllis Brown; brother, Rollin; and brother-in-law, Richard Fils.

Homer loved to farm and was still farming at age 80. He loved to garden and grow vegetables for his loved ones. The little ones in his life he always loved and cherished. Every one of them were special. He would let them follow him around while he did chores or worked in the garden. When the little ones started to talk, he would always try to teach them to sing Grandpa Lauer’s songs.

He will be truly missed by all, but will always remain in our hearts and be a part of our lives.

To order memorial trees or send flowers to the family in memory of Homer Lauer , please visit our flower store.
Send a Sympathy Card