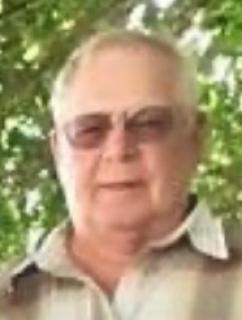 Funeral Services: Will be held on Wednesday, October 13, 2021, at 1:00 p.m. at the Emmanuel Lutheran Church in Fontanelle, Iowa, with burial in the Garner Cemetery, Bridgewater, Iowa. Pastor Steven Broers will officiate the service. The Steen Funeral Home in Fontanelle is in charge of the professional arrangements.

Memorials: Memorials may be directed to Howard Funke memorial fund to be established by the family at a later date.

Howard “Butch” Leroy Funke was born November 9, 1947, the son of Howard and Lois Irene (Ruch) Funke in Bridgewater, Iowa. He died on Saturday, October 9, 2021, at the Adair County Memorial Hospital in Greenfield, Iowa, at the age of 73.

Butch grew up in Bridgewater and graduated from Bridgewater-Fontanelle High School in 1965. He went to work for Cummins Construction after high school retired after 52 years of employment. He bought his current home in 1972 and has lived there since. He enjoyed hunting, fishing and in the later years collecting coins and antiques.

He was preceded in death by his parents; sisters, Rebecca Dunkerson and Marcia Schmitt; and brother, Rocky Funke.

To order memorial trees or send flowers to the family in memory of Butch Funke , please visit our flower store.
Send a Sympathy Card